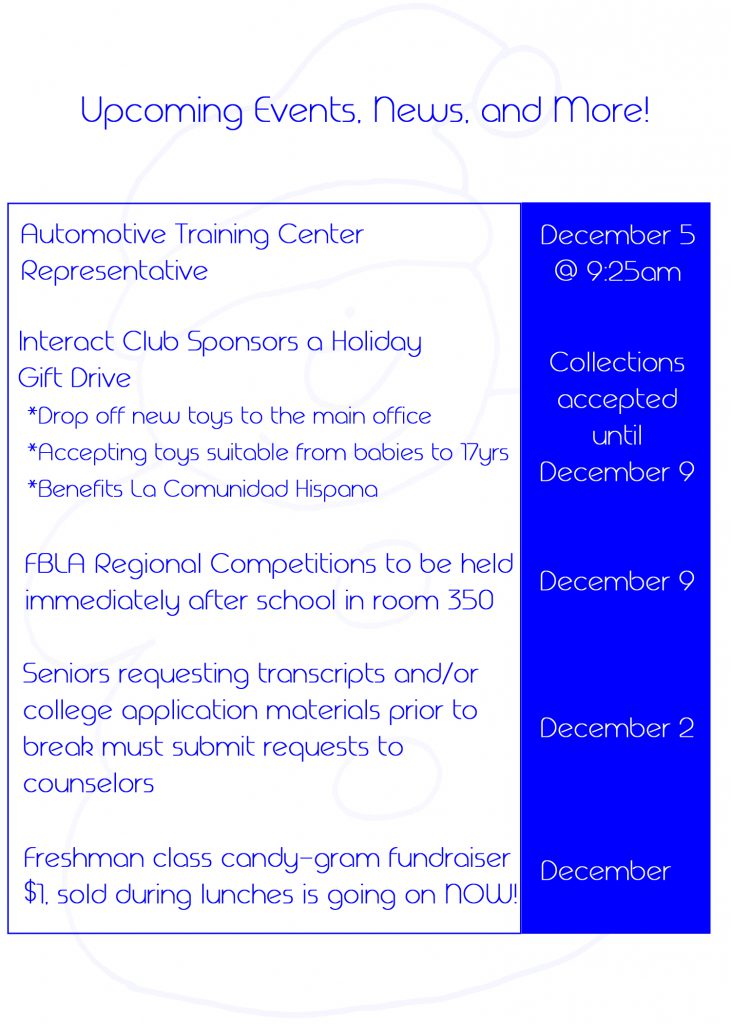 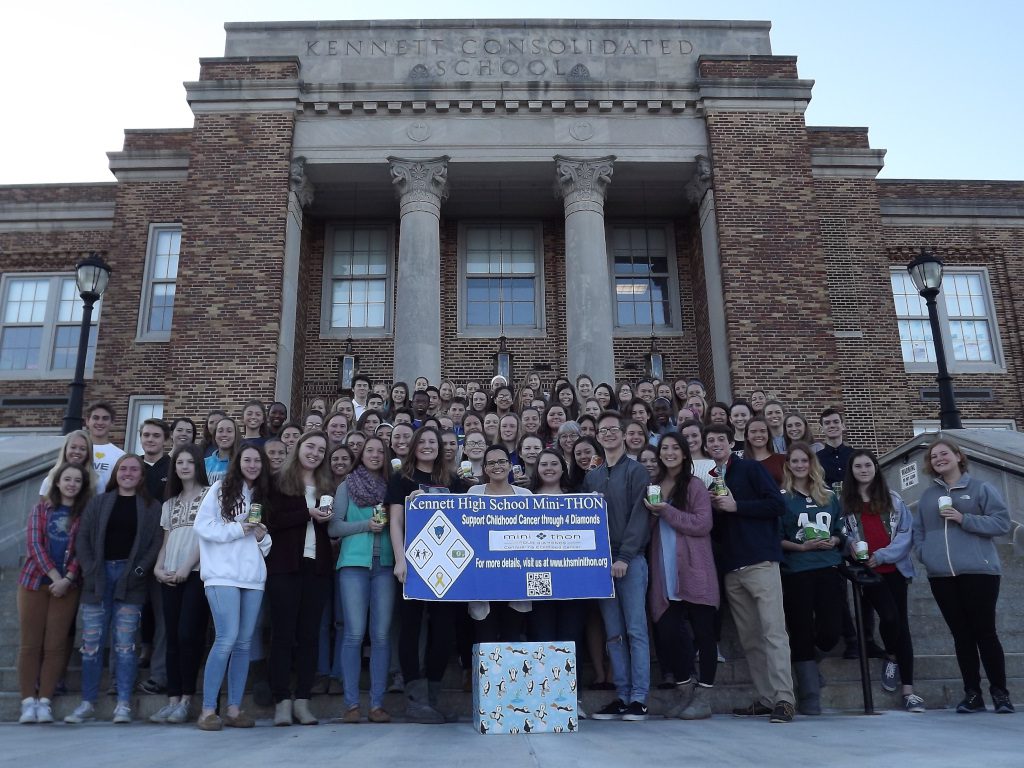 The Humanitarian Club held a successful food drive at Kennett High School during the month of October. Additional cans of food were collected as admission to the family-oriented Fall Festival, organized by Co-Chairs, Olivia Pagliaro and Ben Skross. As a result of their efforts, the KHS Humanitarian Club delivered over three tons of food and five hundred dollars to the Kennett Food Cupboard, benefiting over 500 families in the Kennett Square area.

The Mini-THON is an eight-hour dance marathon modeled after Penn State’s THON. Austin Maxwell, Mini-THON Committee Chair, reported that Kennett High School’s Mini-THON raised $20,790 this past February for the Four Diamonds Organization, providing financial assistance to families who have a child battling cancer as well as funds for pediatric cancer research. The goal for this year is to raise $65,000 at the Mini-THON scheduled for February 24 – 25, 2017.

Jackie Tucker and Molly Adelman, Co-Presidents of the Humanitarian Club, report a combined membership of approximately 125 high school students in the Humanitarian Club and Mini-THON Committee. Kennett High School commends these students for making a difference in their school and community! 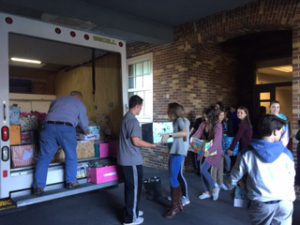 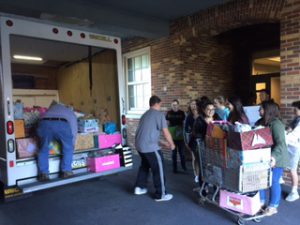 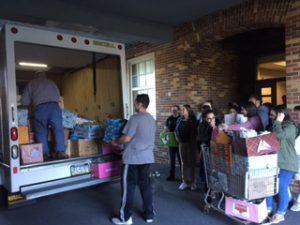 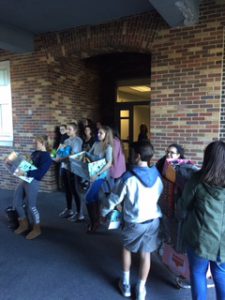 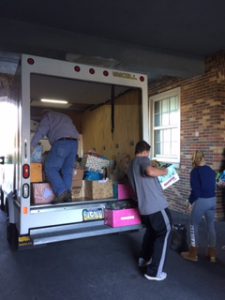 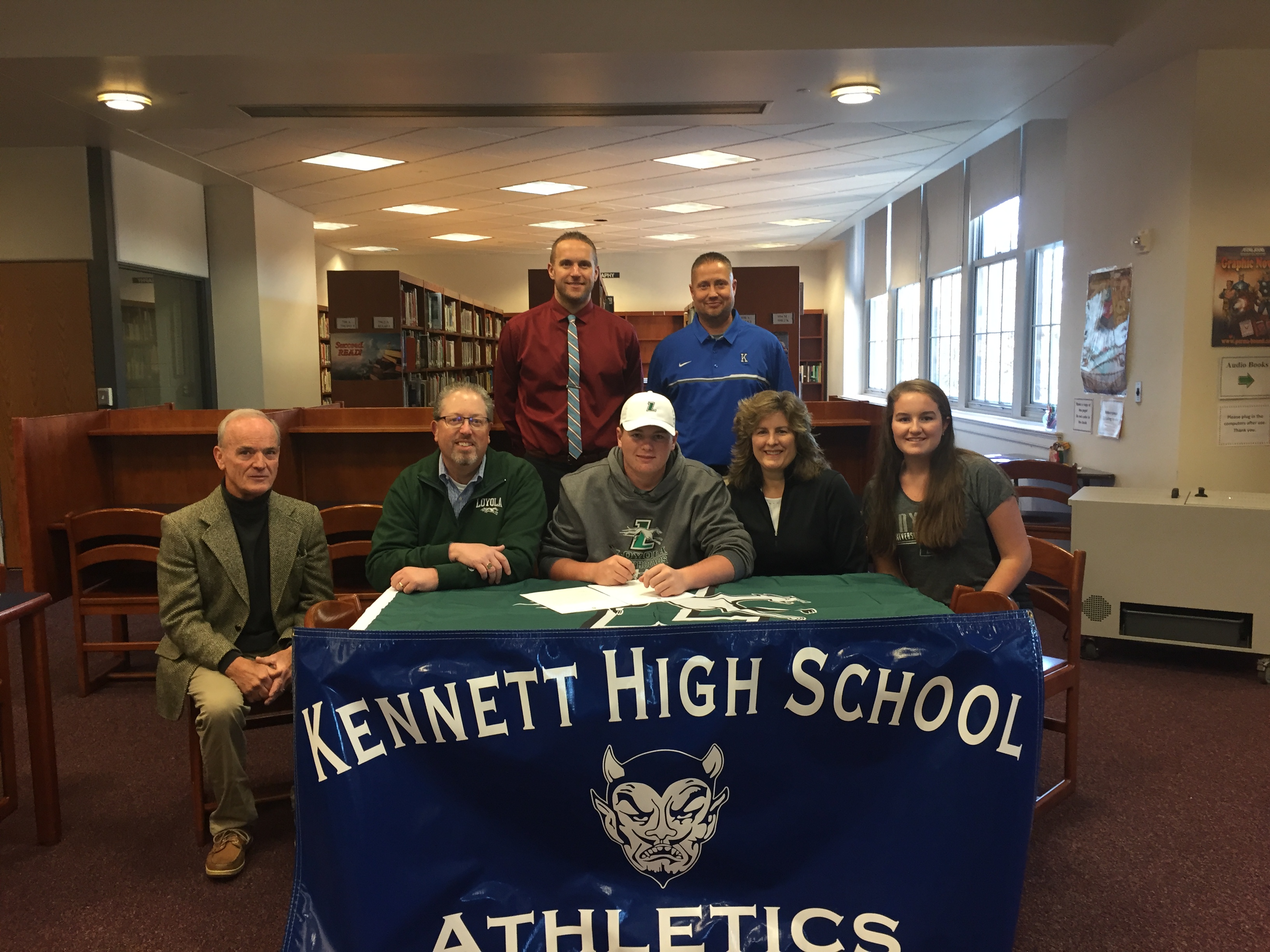 As a Blue Demon, Evan has had a very successful golf career. He received All Ches-Mont Team honors for 4 consecutive years, and most recently won the 2016 Ches-Mont League Golf Championship during his final season as Blue Demon. Evan was recognized as Honorable Mention for the USGA-AJGA President’s Leadership Award.

His successes on the green are closely rivaled by his successes in the classroom. Evan is an active member of both Future Business Leaders of America and high school’s Finance Club.

Evan is excited to work with Loyola University Maryland Head Coach Chris Bologa and the rest of his teammates to bring the Patriot League Championship back to the Greyhounds. 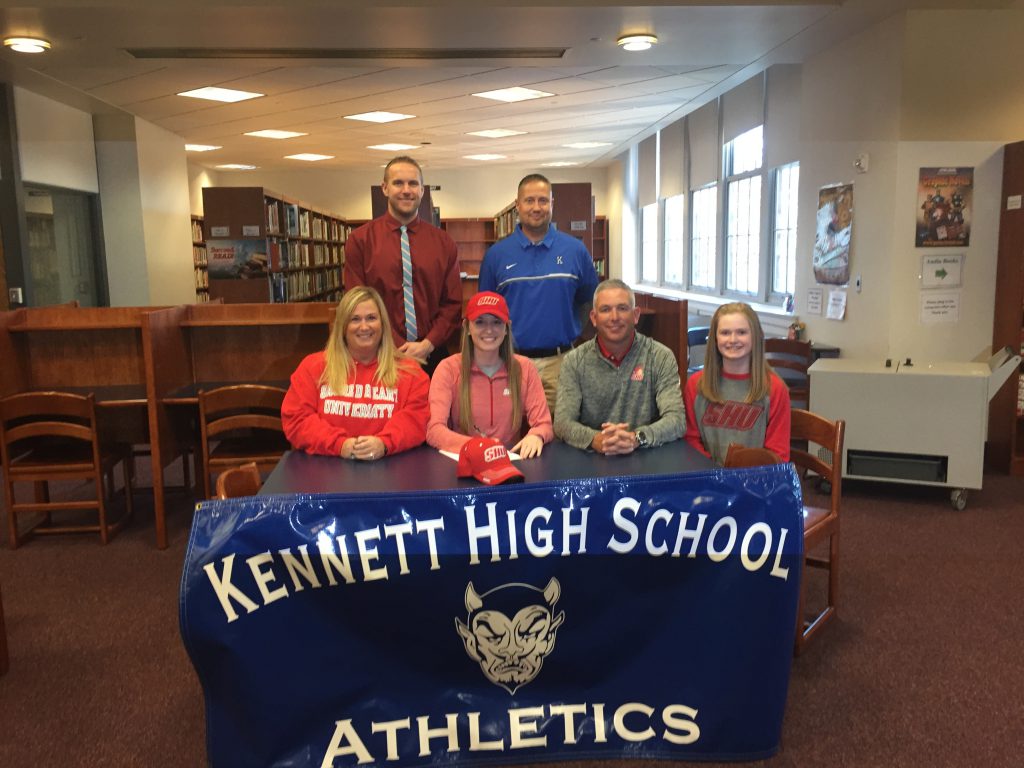 Kylee (sitting middle) was surrounded by her parents Christine and Greg, and her sister Shannon, as well as by (standing from left) Principal Jeremy Hritz, and Athletic Director Sean Harvey.

Kylee has been an active member of Kennett High School’s girls’ softball team for three years. During her freshman year, Kylee helped the team win the Ches-Mont American Division Championship. Now, as a senior, Kylee is looking forward to a competitive season as she takes to the Blue Demon’s field for her final season. In addition to playing for Kennett High School’s softball team, Kylee plays year-round for the Chaos U18 Gold travel team.

Kylee would like to thank her family and friends for their unwavering support, and is excited to start her collegiate softball career as a Pioneer.

As a three sport athlete, John has had a very successful athletic career to date. He has played lacrosse for seven years. As a strong and strategic midfielder, John has played an important role on the Kennett High School boys lacrosse team.

John would like to thank his teammates, coaches, and family for their support throughout his time as a Kennett High School Blue Demon.

John has been accepted into the Allied Health Sciences program at Towson University.

Although we are always excited to see our alumni, please note that the high school is business as usual the week of November 21, 2016, and no alumni visitations will be allowed. Teachers will be teaching and our students busy learning! 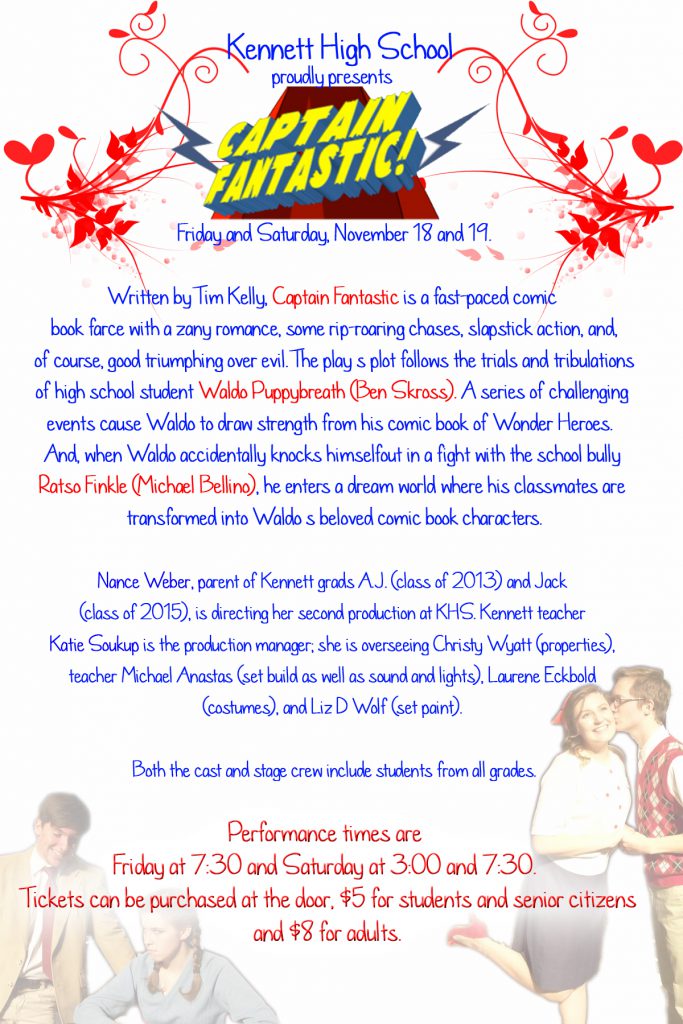 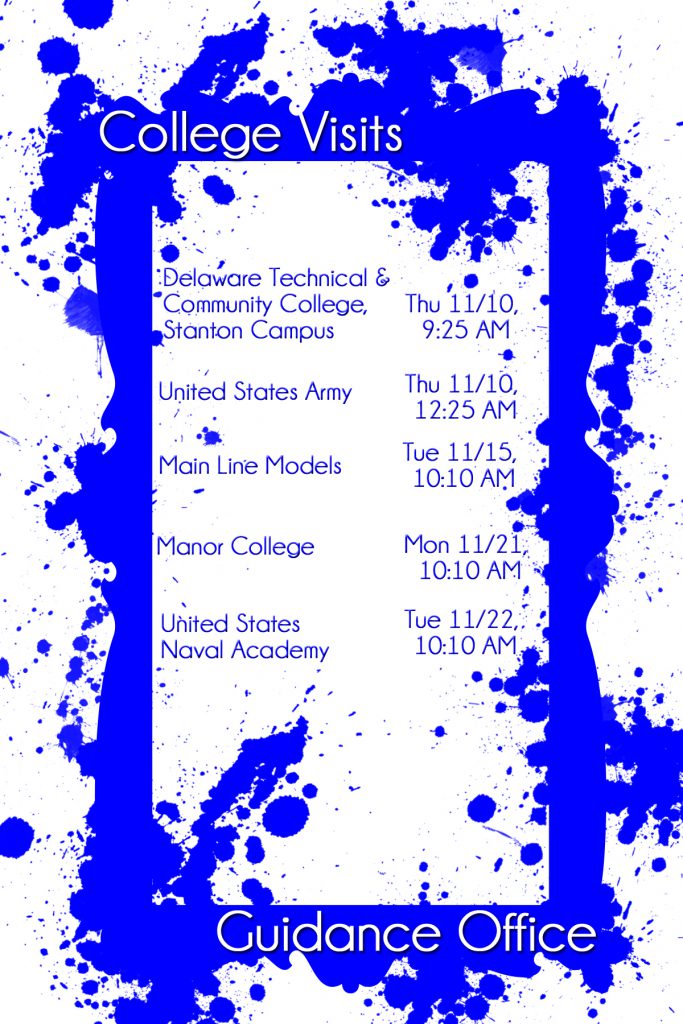 TCHS Students of the Quarter 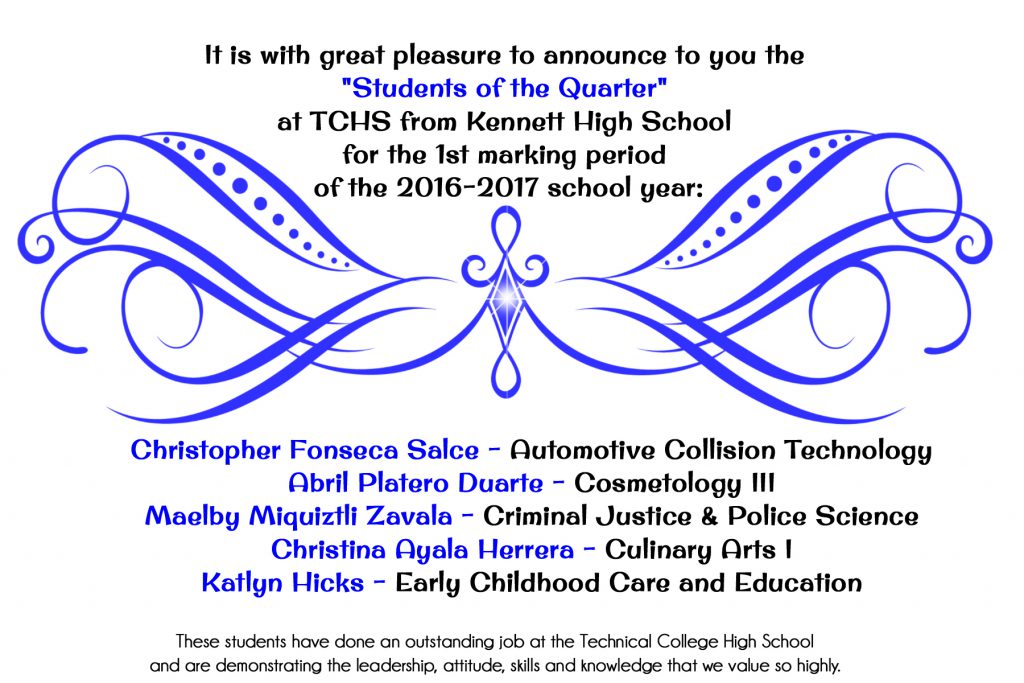