There will be an Open House at the Technical College High School Pennock’s Bridge Campus for both students and parents on Thursday, December 7 beginning at 6:00 p.m.

The Open House will give attendees the opportunity to tour the campus and meet students and instructors from the various career programs offered at the school. The campus is located at 280 Pennock’s Bridge Road in West Grove.

Any student considering attending Technical College High School next year should try to attend this event with their parents.

Nine incredibly talented Kennett High School students have been selected by audition to various Pennsylvania Music Educators Association District 12 Honor Festivals. District 12 includes Chester and Delaware counties and is undeniably one of the most competitive in the state. 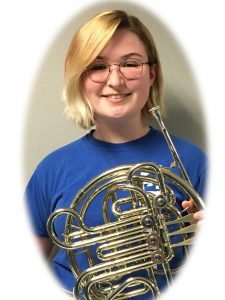 And, multi-talented musician Ella Masciulli, an alto, qualified for District Chorus as well as District Band and District Orchestra on french horn.

Students were required to demonstrate excellence in major and chromatic scales, as well as solo performance, prepared selections, and sight reading in order to earn the right to participate at the District Festivals. At their respective festivals, students re-audition for the opportunity to go on to Region and State levels.

Ms. Katie Soukup is the choral director at Kennett High School. The band is directed by Mr. Anton Romano, and Ms. Jessica Williams is the orchestra director. 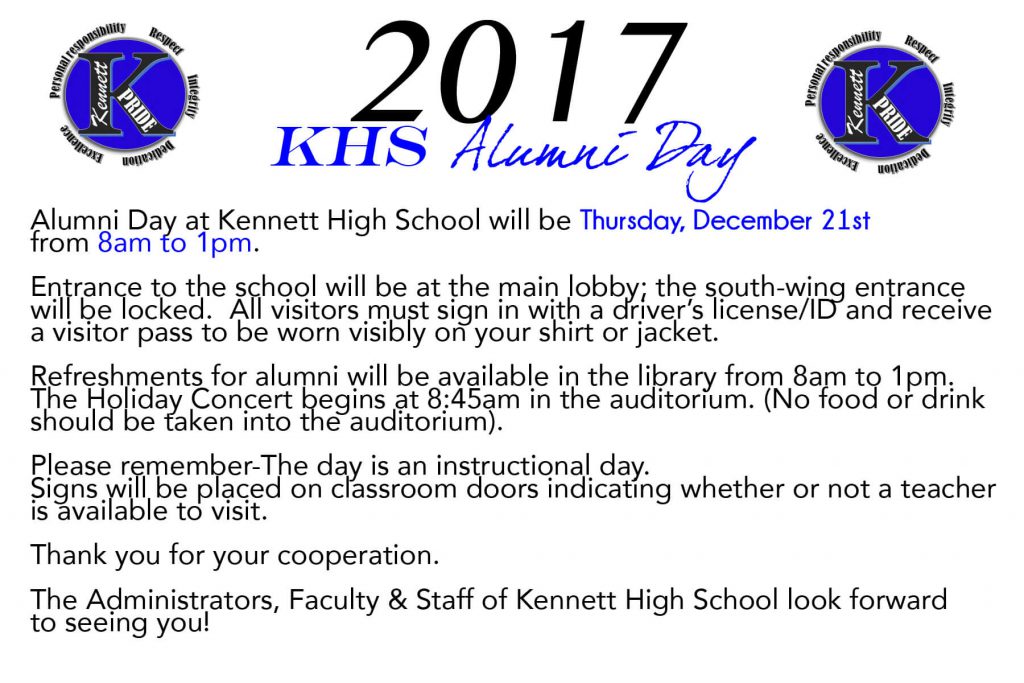 Win an iPad … Read on to find out how!

Please come out and join us for our 3rd Annual We Are Kennett Night Thursday, Dec. 7th at 6:30pm in the high school auditorium.

This is an opportunity for our students at the elementary and middle schools in the district to learn about the many exciting academic and extracurricular opportunities available at Kennett High School. This will be a fun and educational experience for all KCSD students and parents. 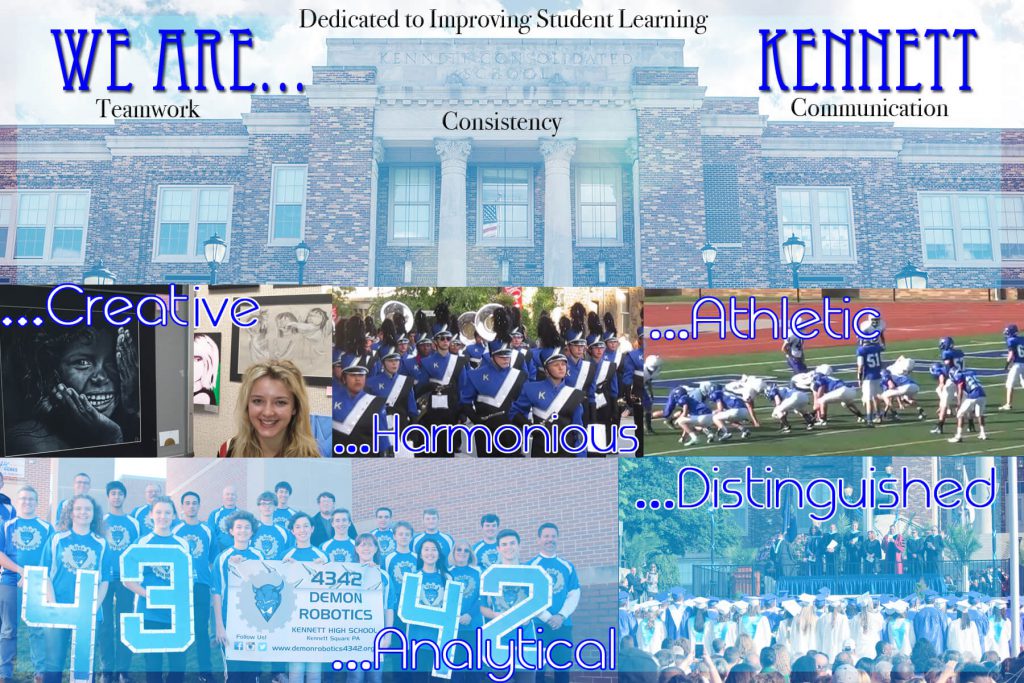 Be sure to bring your postcard to the event to be entered into a drawing for an iPad.

The winner must be present.

We look forward to seeing you!

The Kennett High School Counseling Department presented College Information Night on Thursday, November 9 in the high school auditorium. The program was designed to provide timely information to the parents of current eleventh grade students. A Spanish college information program was presented concurrently by Alejandra McFern, Assistant Director of Admissions at the University of Delaware. A copy of the resource packet provided at the presentation is available to parents and students upon request by contacting counseling office secretary, Diane Torelli, at dtorelli@kcsd.org. The slides used for the program are available here 17-18 college info night 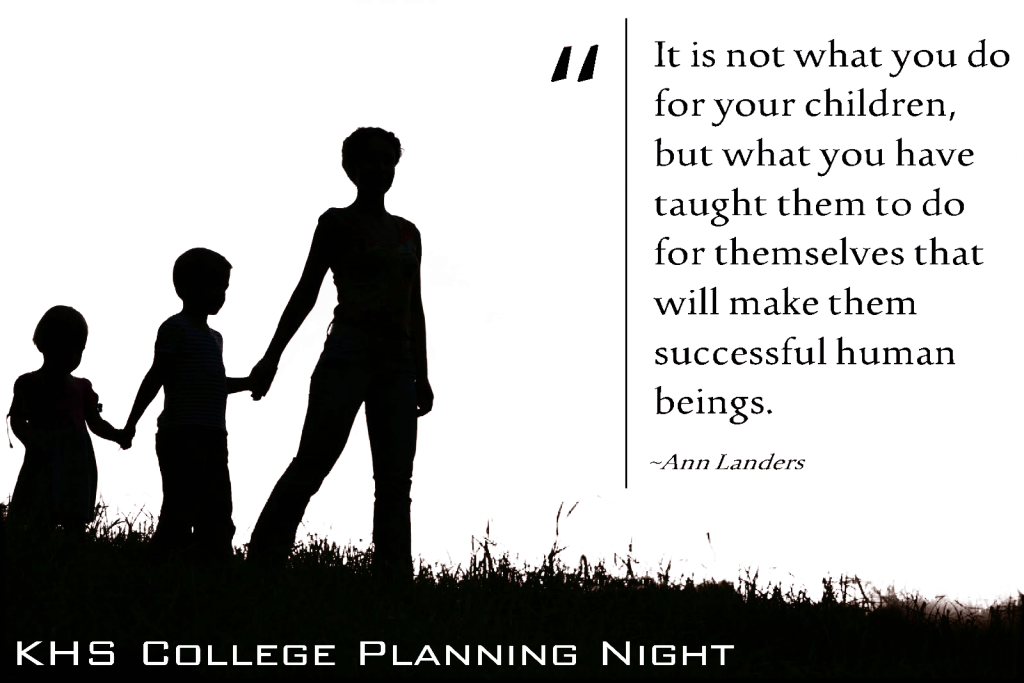 Friday, November 17th is the first official day of Winter Sports for the 2017-2018 season. 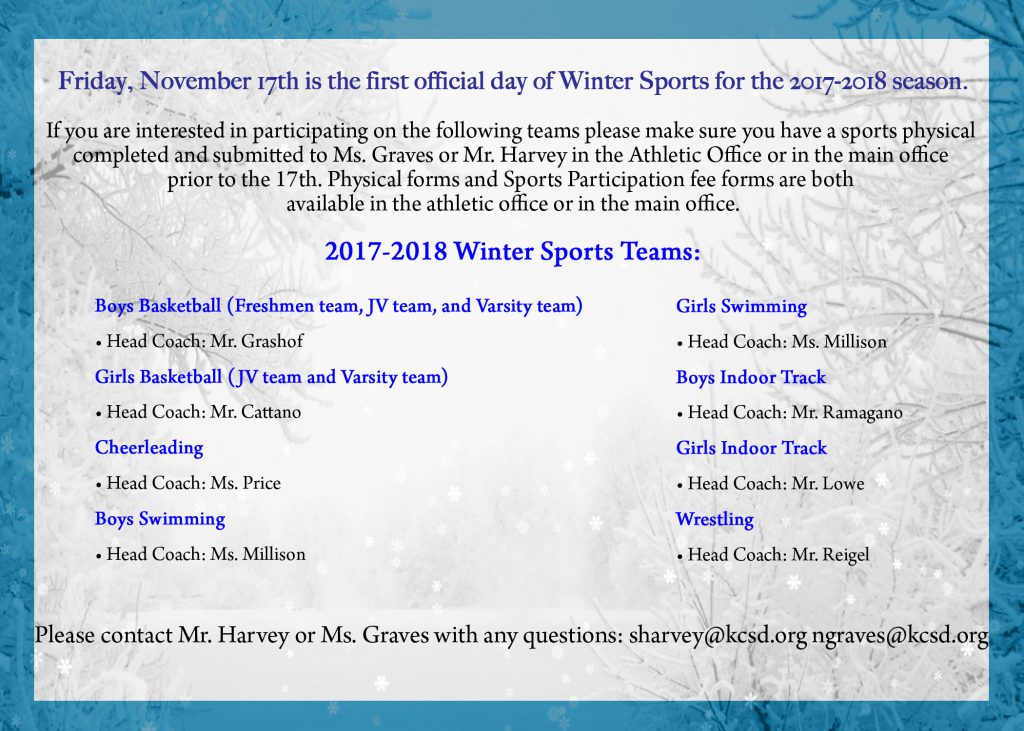 Almost, Maine, written by John Cariani, is a beautiful play that highlights the funny, poignant, and often magical ways people fall in and out of love. The action of the play takes place on a single night in fictional Almost, Maine, a place too small to be considered a town . . . but almost.

Almost, Maine premiered in 2004 and enjoyed immediate popularity, perhaps due to its unique structure, surprise endings, healthy dose of magic, and timeless, relatable themes. It is the now the most performed play in North American high schools.

Nance Weber, parent of Kennett grads A.J. (class of 2013) and Jack (class of 2015), is directing her third production at KHS. Kennett teacher Katie Soukup is the production manager; Soukup and Weber are also overseeing properties and costumes. Science teacher Michael Anastas is in charge of sound and lights. Nat Caccamo and Paul Gouge built this year’s set, and Liz D’Wolf designed and painted it. Megan Appleby is the student production assistant.

“I’m fairly certain that everybody who sees this play will have some element in their lives that is an ‘almost’ since we live with ‘almost’ every day. As it has with the actors, I hope the show will encourage each audience member to think about where they might have an ‘almost’ and perhaps feel the same magical push that will take them to ‘what’s next,’” said Weber.

The curtain goes up on Friday and Saturday nights at 7:30. Tickets can be purchased at the door; prices are $5 for students and senior citizens and $8 for adults. 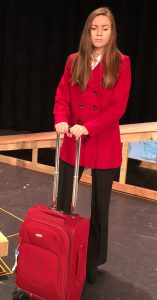 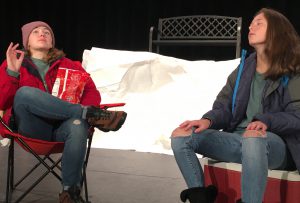 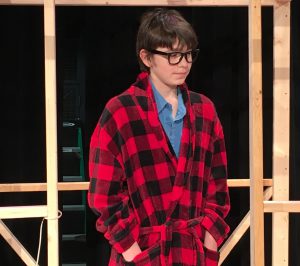 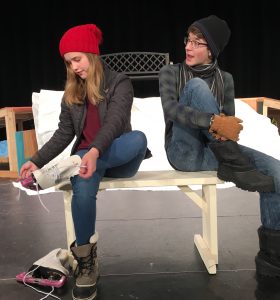 Representatives from more than 400 two-year and four-year colleges, nursing schools, business schools, and trade schools will participate in the Philadelphia National College Fair which will be held on Sunday, November 12th from 11:00 a.m.-3:00 p.m. at the Pennsylvania Convention Center. Please consult your Naviance email account for more information. 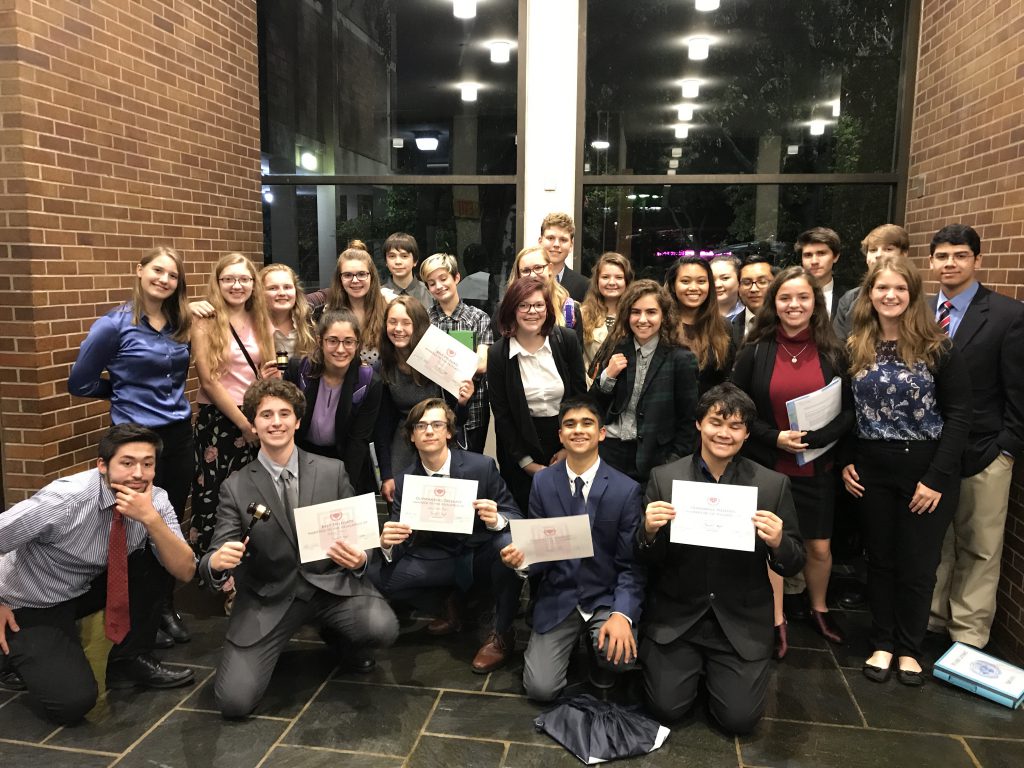