Two hundred and eighty Kennett High School students stayed on their feet for more than 10 hours from the night of February 23 to the morning of February 24 to raise money for the Four Diamonds Fund to benefit pediatric cancer research and families whose children are battling the disease.

In the early hours of Saturday morning, student senior co-chairpersons Erin Duffy and Anna Wilson revealed the impressive fundraising total of $46,395 to incredibly tired but happy participants. And the donations continue to accrue. 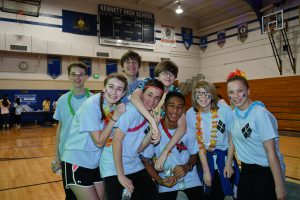 Despite the fact that this is Kennett High School’s third year sponsoring a Mini-THON, enthusiasm is not waning. If fact, more students participated this year than in previous years, and those students raised more money as well.

If you would still like to make a donation, please visit the KHS Mini-THON website at khsminithon.org or call the school at 610-444-6617 for more information.

Set in the little village of Anatevka, the story centers on Tevye, a poor milkman, and his five daughters. With the help of a colorful and tight-knit Jewish community, Tevye tries to protect his daughters and instill them with traditional values in the face of changing social mores and the growing anti-Semitism of Czarist Russia. Rich in historical and ethnic detail, Fiddler on the Roof‘s universal theme of tradition cuts across barriers of race, class, nationality and religion, touching audiences worldwide with its humor, warmth and honesty.

The Kennett High School Finance Club was founded in the fall of 2016 by students who had a growing interest in investing that would emphasize not only education, but also philanthropy. 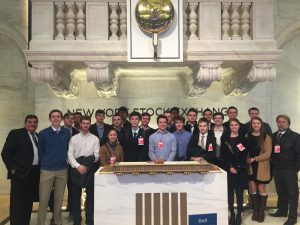 “We aim to learn as much as possible about the market by actively investing and simulating authentic stock market conditions,” said club president Michael Crognale. “Our ultimate mission is to then donate all of our profits back to the community.”

Since the club’s inception, membership has increased to approximately forty students who, last fall, set for themselves a very lofty goal: the group’s leaders decided that they wanted to visit the New York Stock Exchange. After their initial planning, however, they discovered that it was far more difficult to gain access to the floor of the NYSE than they anticipated. 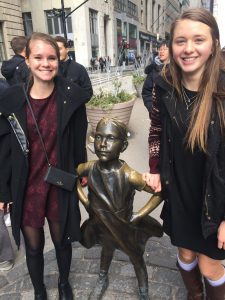 That’s when Mr. Vincent Crognale stepped in to help them. Mr. Crognale is the father of Finance Club president Michael Crognale, and, fortunately for the club, he is also First Vice President of Wealth Management and Branch Manager at Janney Montgomery Scott. Mr. Crognale took it upon himself to make the students’ goal a reality by using his contacts to arrange the club’s visit.

On January 24, 22 members of the club, along with Mr. Crognale and Mr. Shawn Duffy, Kennett High School’s Finance Club advisor and social studies teacher, traveled to New York City. They were treated to nearly two hours on the trading floor; they also ate lunch on Stone Street and took pictures with the “Fearless Girl” and “Charging Bull” statues. Later in the afternoon, they visited the 9/11 Memorial and the new trade center. The group returned home tired, but inspired.

“Not only did Mr. Crognale make it possible for Kennett students to enjoy a truly once-in-a-lifetime opportunity, his firm paid for our transportation. All of us are extremely grateful for his generosity,” said Mr. Duffy. 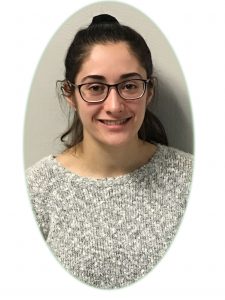 Three incredibly talented Kennett High School musicians have been selected to Pennsylvania Music Educators Association (PMEA) Region VI Festivals. These students advanced to Regions based on their auditions at the District level in January. Region VI includes schools in Chester, Delaware, Bucks, and Montgomery counties, as well as the city of Philadelphia.

Victoria Gonzalez (bass clarinet) will be a part of the Region Band Festival, February 22 through 24 at Valley Forge Military Academy.

Participating in the Region Chorus, March 1 through 3 at Central Bucks South High School, will be Abbie Duckworth (alto) and Mirella Petrillo (alto). 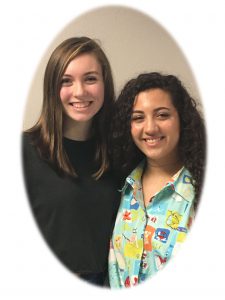 Students were required to demonstrate excellence in major and chromatic scales, as well as solo performance, or choral selections, in order to earn the right to participate at Region Festivals. Hopefully, the next step for these students will be the State Festivals. They will audition again at Regions to secure a spot there.

“Region VI is the largest and most competitive region in the state. Congratulations to our students who are representing themselves and the Kennett community so well,” said Ms. Katie Soukup, Kennett High School Choral Director

“We have sent students to PMEA Regions for the last eight years. Kennett’s high standards of musicianship have ensured that accomplishment,” added Mr. Anton Romano, Director of Bands at Kennett.

Both Region Band and Region Chorus Festivals culminate in concerts that are open to the public.